Meet Andrew Douglas, a Gooner living in the Dunedin. Andrew put me up for a few days on a whistle-stop tour of arguably the most beautiful of the two islands in New Zealand, Te Waipounamu.

Q. Why Arsenal?
I guess since we've been talking over the past couple of days, the family of Arsenal really goes out of their way. The players that have come and gone, the history. It's a world-renowned club for attracting talent, and they're a great team to watch.

Q. Started Supporting Arsenal?
I started supporting in 2010. I was living in London and my work colleague that I sat beside was a big Arsenal fan, Elia Elioupolou, started taking me to games. By the fourth game he said 'Andrew next time we go, you have to buy a shirt'. So I did, and I've been a Gooner since. 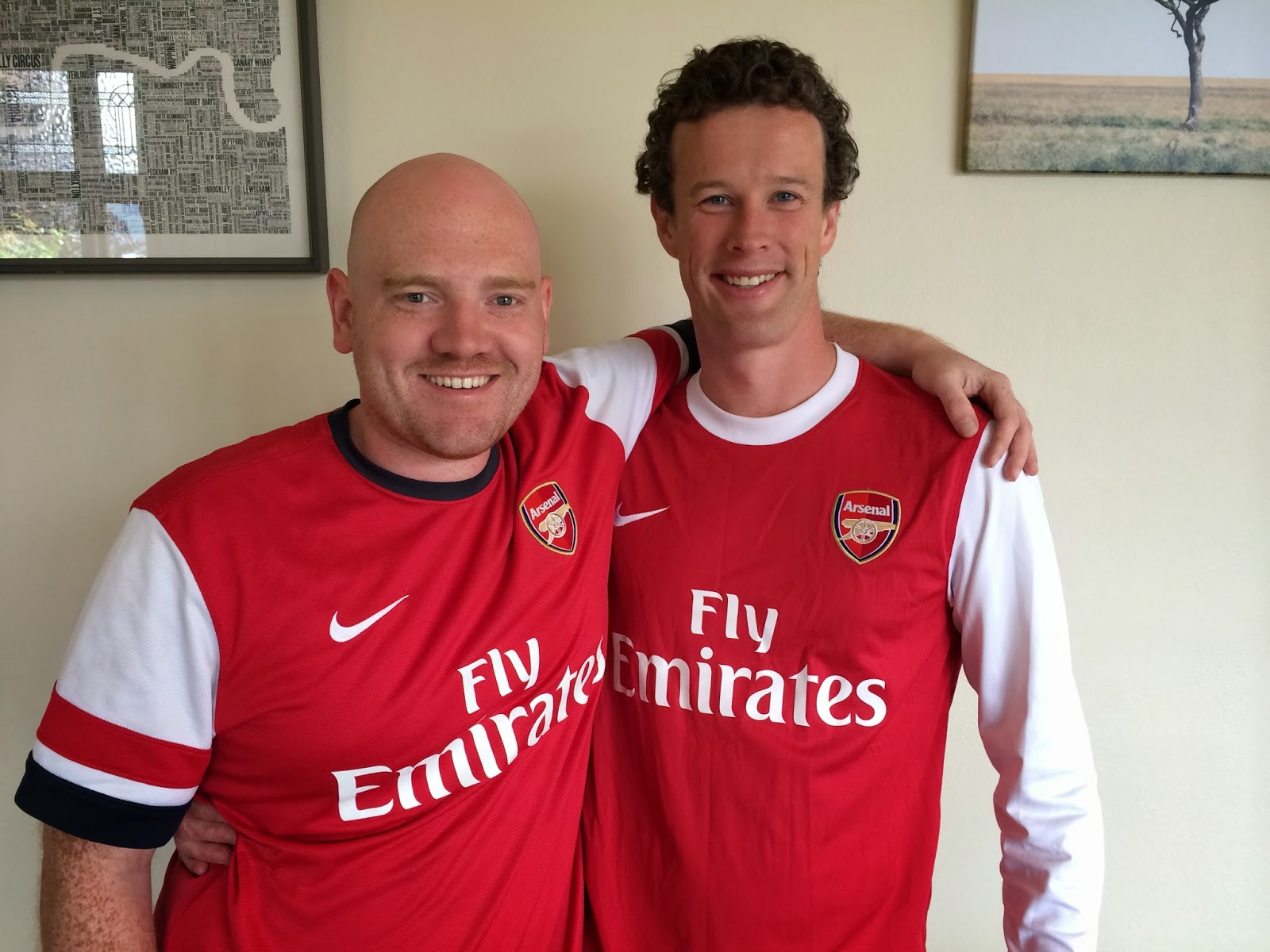 The defenders never get as much of the limelight as others, and as I play as a defender myself, I'd like to say that Koscielny is my favourite. He appears at the right time at the right place, which is exactly what you need from a player.

Q. Favourite Arsenal moment?
When we played Barcelona a few years ago and we were 2-0 down, and then Fabregas scored that last minute penalty. I was at that game and that was probably the best experience for me.

Q. Where do you watch Arsenal in Dunedin?
Usually at home. It's difficult to do it at the ridiculous times, and there aren't exactly a huge amount of Arsenal fans around in Dunedin.

Q. Emirates or Highbury?
I knew somebody that lived in the Highbury apartments when I lived in London, so I'm proud to say I've walked the pitch, albeit after it was a football stadium. But for me I only saw games at the Emirates.

Q. League Prediction?
Well, we are going to win the league, but it's going to be nail-biting (as it always is) and will go to the wire.

Q. Who will be Arsenal's player to watch for the second half of the season?
Wilshere has been playing some great football. I think he's getting back into the swing of things after some time out.