A little less than a week to go before the season kicks off, and I've never been so apprehensive for the start of an Arsenal campaign in my life. But I suppose I've never had a challenge like Gooner On The Road to stare down the barrel at either. 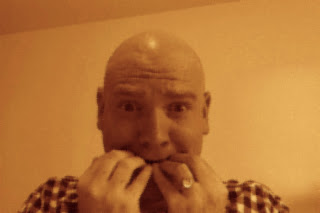 The past week has been non-stop for me. I met Morgan Rubes, chair of Arsenal Canada, in Toronto whilst I attended a family wedding. Morgan and I had a pint or two and chatted about topics like the non-happenings in our transfer window and our hottest new talents coming through the ranks for 2013/2014. He also reassured me that he'd help spread the word for my cause to the Canadian Arsenal fan-base, as well as on Premier Punditry, which he contributes to on a regular basis. And if you're a fan of football podcasts, PP is definitely worth a listen - essentially it's a supporter-driven football podcast in North America and it's a very unique way of collating banter from various clubs' supporters around the globe. It's also classy and very well put together (OK, full disclosure, I used to contribute to PP in their early days and will gladly shout about them when a chance arrises).

To top last week off, I was featured on the Front Page of Arsenal.com, which really is a testament to the whole GOTR concept, especially when we consider the idea was conceived only a few months back from literally nothing - the term 'Everything Happens For A Reason' has never resonated as strongly as it has now. I'm hoping there will be more opportunities to gain some exposure of this magnitude, especially for fundraising purposes.

Which brings me on to the most important subject of all. To date, I've raised $225 for TNBC, which is about £145. When you think that my goal is £10,000, I've still got a long way to go, but then with 9 months worth of backpacking and blogging, I'm sure I can surpass that mark with ease. So if you're reading this, and you have a credit or debit card, please donate.

The fundraising (or lack of) is just one of the reasons for the anxiety - another reason might have something to do with the fact that, aside from my battered flip-flops, I don't even have a pair of trekking shoes for backpacking - despite leaving for Prague one week today. There are also transport holes in my North American itinerary that I'm still debating whether to book, and my Australasia and Asia legs look like a dog's breakfast.

Apart from that, I'm good to go! The positive news is, with all the worrying about lack of backpacking kit, places to stay and methods of transport, I've completely forgotten that we still haven't signed anybody yet!